As you may or may not know, the SEC recently released an updated EDGAR Filer Manual, Volume II (“EFM”) Version 48, that became effective on October 1, 2018. The changes in the Interactive Data, or XBRL, section aim to improve data quality through additional XBRL validation including document and entity information, negative values, custom axes, and deprecated elements. There was also a rule change related to duplicate values in preparation for upcoming inline XBRL requirements. Filers should familiarize themselves with these changes in anticipation of upcoming filings.

The first change in the Interactive Data section is to rule 6.5.12. In the previous version of the EFM, Version 47, this rule prevented XBRL documents from containing more than one fact with equal tagging attributes unless their values were identical. In other words, if net income for the three months ended Sept. 30, 2018 is $5.2 million in the income statement and the same concept (tagged the same way) is $5 million in the segment note, both values cannot be included in the XBRL data because 5,200,000 is a different value than 5,000,000. With the release of Version 48 of the EFM, this rule allows consistent values to be duplicated in the instance document. Values are generally consistent if they are rounded properly.

Note: Due to rule 6.5.12 as it previously existed, some software does not yet support the inclusion of consistent, duplicate values in the instance document, so until they are supported, continue to include only the more precise value in the instance file.

Rule 6.5.40 contains a set of 13 cases in which information about the entity and its submission is checked for consistency. For example, if a filing requires the element CurrentFiscalYearEndDate, the EDGAR system will check for this element, then compare its value with the known fiscal year end date of the entity. Another consistency check related to this rule is whether the EntityEmergingGrowthCompany element is present and if its value is consistent with the emerging growth company flag in the submission header. Inconsistencies, missing elements, and even extra elements related to this rule will result in EDGAR warnings during test filing. Because the requirements vary by filing and entity type, it’s important for filers to familiarize themselves with the rule and test file early.

Three new rules follow 6.5.40 with a further emphasis on data quality. Note: rule 6.5.41 is new, but it is not discussed here because it is related to investment management company forms.

The key takeaway here is that there is a variety of new warnings that you may encounter while submitting filings that include XBRL data this quarter. It’s a good idea to get ahead of any warnings that you can by reviewing negative values and checking for custom axes and deprecated elements in your company’s taxonomy. Although the EntityEmergingGrowthCompany and EntitySmallBusiness elements are not required to be included with DEI information, they are included in the conditions of EFM rule 6.5.40, so adding them before test filing will prevent warnings. Once you’ve reviewed for items related to EFM changes, test file. Test file as early as possible; give yourself enough time to address any warnings.

Interested in learning more about how Certent can support your XBRL reporting process? Click here for more information.

Nutrien Cuts Disclosure Research Time in Half with Certent 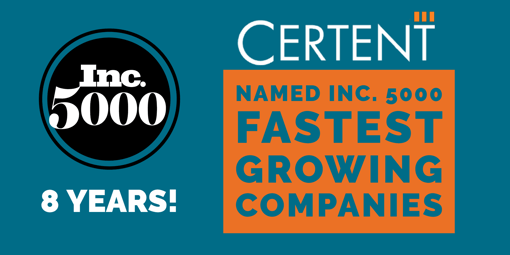